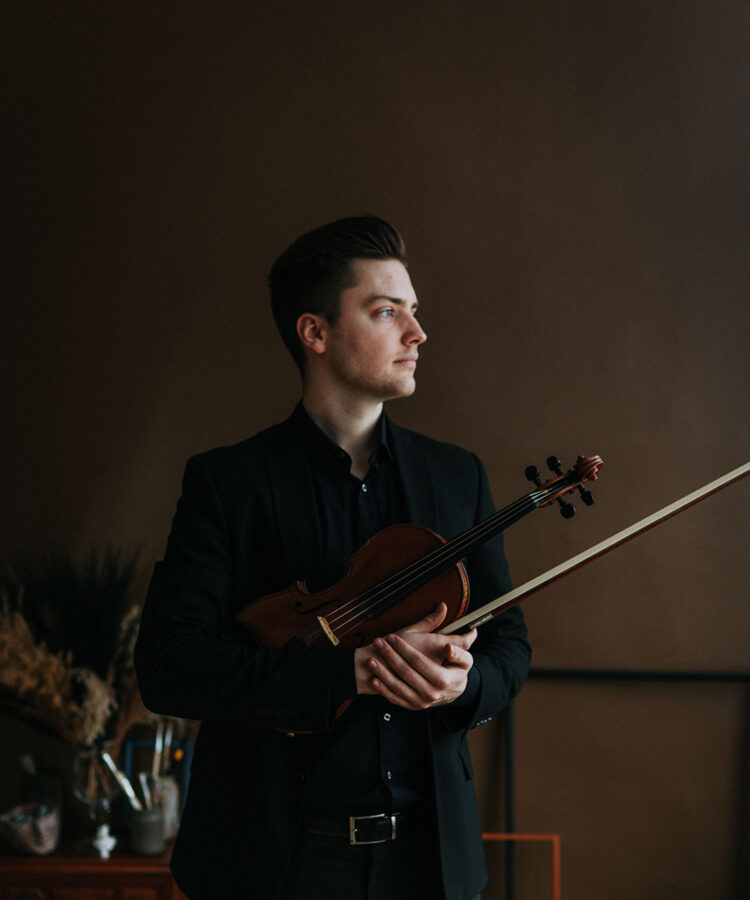 “Kristjan was in a class of his own on the violin – no hesitation in sharing the stage with the best in his field. A great experience!”

Kristjan Rudanovski is a violinist for whom music has always been a natural part of life. He is fluent in both classical and improvisational jazz, and after countless music projects, he is currently playing in the gypsy jazz quartet Titoks.

Kristjan Rudanovski started his musical career at an early age in Tartu, when he was introduced to improvisational music and jazz by his father. His first jazz award came at the Tartu Jazz Festival when he was only 12 years old. Since then, he has been an outstanding talent who has also attracted the attention of reviewers. “It’s been a long time since we’ve heard such a self-indulgent, technical and engaging jazz performance on our stages.” (2014, IDeeJazz Festival).

Kristjan’s playing style and music have been strongly influenced by Joe Pass, Charlie Parker, and Stéphane Grappelli. Kristjan has said of the music of his favorite artist Joe Pass: “Joe Pass’ unforgettable melodic line, chordal movements and ingenuity is something I have tried to emulate on the violin to this day.”

Titoks’ performances have taken Kristjan on a European tour with 11+ concerts in Belgium, France, Germany, Luxembourg and the UK. Since 2016, the quartet has been a welcome guest at many Estonian concert halls and festivals..