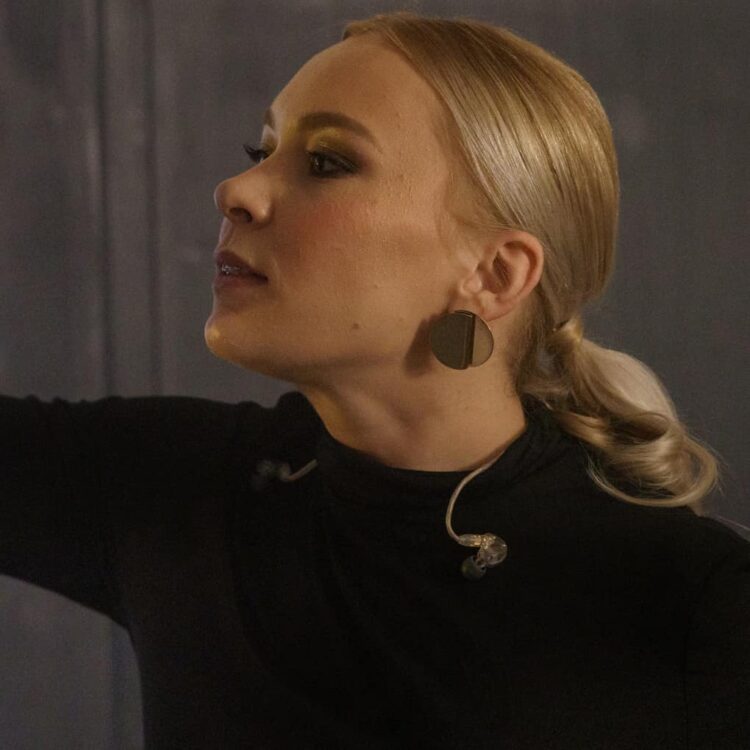 “Music is a land of opportunities. I feel the desire to experiment and take up new challenges. I need variety in life as well as in music, it’s necessaey for creativity and development. From free impro to pop, from folk to jazz- that’s how the passion and interest keeps on burning. There’s so much to discover!”

Her main focus is on See Pole See Trio that recycles soviet era pop-songs in estonian into three layered textiles. It has a touch of scandinavian soundscapes, a hint of pop harmonies and improvised freedom. SPS Trio unites vocals, saxophone, bass, accordeon and FX making it an unusual blend of solo instruments.

See Pole See Trio translates as ‘this ain’t that trio’.

In the Fall of 2021 their debut album will be released.

Jana is a singer in many ensmbles that vary in genres.

In 2021 an album ‘Moment’ by Tuuli Pruul will be released which includes original soul, jazz and pop songs in English.

She is also a backing vocalist in a soul-jazz band Maarja Aarma MA that released an album ‘Queenland’ with original music in 2021.

Jana is also a vocal teacher in one of the main Estonian vocational music schools as well as a radio show host.